Machakos governor Alfred Mutua yesterday hosted a mega bash featuring Rayvanny and other important guests like the former prime minister Raila Odinga, Churchill, Erick Omondi, and others at Olesereni for a celebration party of his birthday.

Mutua turned 51 yesterday and he coincidentally shares a birthday with Tanzanian sensation Rayvanny who entertained his guests with his popular hits.

The party comes barely a week after he announced that they had agreed to go separate ways after 10 years of marriage.

The power couple did not give any specific reason for their break-up but Lillian simply said that she wanted fresh air and to try new things in life.

Speculations were rife among Kenyans who think that Lillian was cheating on him with rapper Juliani because they had been seen together on several occasions.

Lillian resigned from her position as the Machakos county first lady but reported that her foundation activities will go on uninterrupted.

The governor promised to continue funding her activities. She will remain his advisor as to the Governor because of her intellect and sharp eye when it comes to politics and governance.

People wondered if for real they will remain, good friends, as they promised and their first challenge was to see if she will attend his birthday party.

In an interview at Radio Jambo, Governor Mutua was non-committal when he was asked if his Ex-wife was attending the party.

Well, those doubts were cleared because Lillian attended that party and she looked beautiful in her outfit as usual but hawk-eyed Kenyans noted that she wore the same dress from 2019. 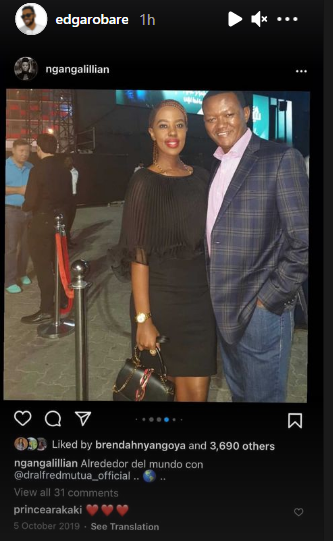 It was a very important day for Alfred Mutua and because she is a rich woman, one would think that she could have bought a new dress for that important event.

For Lillian to rewind a dress from 2019 when she can afford a new one shows that her heart and mind were not at the party even though she was physically present. 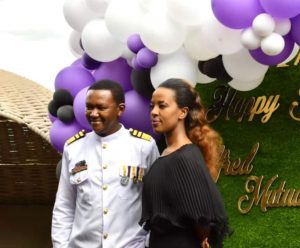 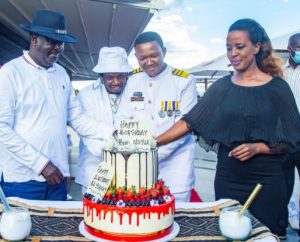 This shows that she was forced to attend the party to keep Alfred Mutua company and save his face from Kenyan trolls who are always baying for the blood of popular men and women to have a field day mocking them.

Even though the two looked awkward, the most important thing is that she attended that party. That was mature from Lillian because very few women can do that.