100 million shillings is way too much money for a 21-year-old girl who comes from a poor background.

Felesta Nyamathira Njoroge is a first-year student at a technical university in Nairobi.

She shocked the asset recovery agency with the amount of money she has in her co-operative bank account.

The girl has no businesses, and she doesn’t have a well-to-do parent.

The asset recovery agency sort the help of DCI to unravel the mystery.

They wanted to know how she got that kind of money for her age. The DCI invited her to come and explain to herself.

Felesta Nyamathira Njoroge told them she has a Belgian boyfriend who sent her 1oo million plus.

She didn’t honor the date given by the DCI and instead sent a sworn affidavit to her lawyers.

Felesta Nyamathira Njoroge apparently failed to honour those summons because she travelled to see her man.

The DCI froze her account but they could not do that without the order from court.

They have so far not been able to do so and Felesta Nyamathira Njoroge gets to keep her millions.

The DCI believe unscrupulous people might involve her in a money laundering syndicate.

Former Nairobi governor has told off the directorate of criminal investigations. Sonko argues that her boyfriend, Merc De Mesel.

Merce De Mesel is a bitcoin billionaire and 100 million shillings is pocket change for him.

According to Merce De Mesel, he sent the money to Agnes for upkeep and organize her future with her kids. 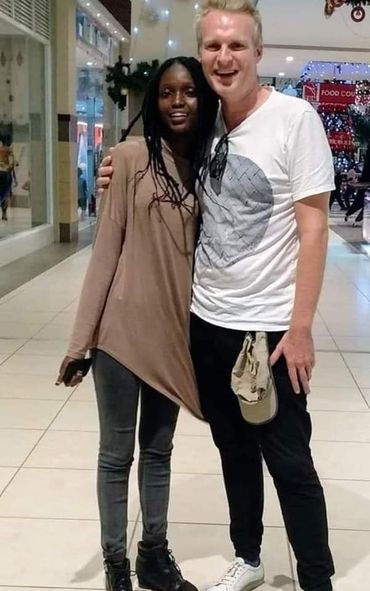 1: Tensions rise as a Kamiti Prison. They assassinated Warden in cold blood.

2: Where Does He Get His Money? KRG The Don Reveals How Much He Spends Per Term As School Fee.

3: Kamene Goro Shocks Jalango with the Stupidest Thing She Has Ever Done For Love