In our African set-up, what defines a man is his ability to build his own house and to take care of his family no matter how difficult his economic situation is.

A man does not consider himself successful until he has built a house for himself and his family. Joseph Ogidi Oyoo popularly known as Gidi is a renowned radio host and musician. His ‘patanisho’ show is highly rated and his co-host’s peals of laughter are so refreshing.

Just like other fellow men here in Kenya, Gidi is about to finish his village mansion that looks like a palace. The husky-voiced radio personality posted photos on his social media accounts over the weekend when he went to his upcountry home to check on the progress of his house.

From the photos posted, it is clear that he has used a lot of money on the project because even the kitchen fittings looked classy like that of a superstar he is.

His house is set to dwarf that of another radio personality called Felix Odiwour also known as Jalang’o. Jalang’o house in the village is equally top-notch but from the early indications, that one of Gidi is on another level.

Gidi and Ghost try to reconcile couples live on radio and in many instances, they have successfully re-united families that had broken down due to differences they were not able to solve on their own.

Also Read: “My Bearded Thief, This one I Promise To Keep,” Betty Kyalo Pens Down A Sweet Poem To Her New Man

The show is so lively and it is a lot of fun to listen to various problems couples are facing and how they settle their differences.

The two men take their time to advise the couple on the best way to live together after they forgive each other through the intervention of Gidi and Ghost.

Gidi first came to the scene during the 2002 general elections when his hit song together with Maji Maji was taken up as a campaign slogan by the then opposition called the Rainbow coalition.

The song went viral and the two young musicians were instant celebrities that every Kenyan was proud of. First, forward to recent years, Gidi has been on radio and nothing much can be talked about Maji Maji.

Below are some of the photos of his house still under construction; 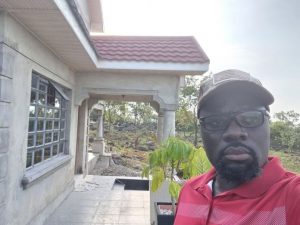 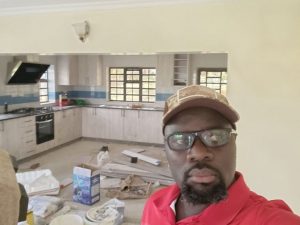