Davidson Mong’are, professionally known by his stage name Babu Gee Omosayansi is one of the pioneers of Kisii urban music. This is a fast rising genre of music that is popular in the larger Kisii region and beyond.

Babu Gee has been at the forefront in releasing hit after hit and some of his most popular songs include Esimi, Bodaboda(Chipigipigi), Mwaa/Kiss, Oyo Yeso among many others.

The soft spoken but very talented guy has decided to lead by example by finally making things official with his long term girlfriend Susan Moraa Antoni.

The two lovebirds walked down the aisle today at Kisii Central SDA Church in Kisii Town. The wedding was attended by fellow musicians led by Naftal Omari Migisi (MC Miggy Echambioni), Duke Mainga Echate and DJ White among others. They were the main groomsmen and they killed the look in broken executive suits and bowties. 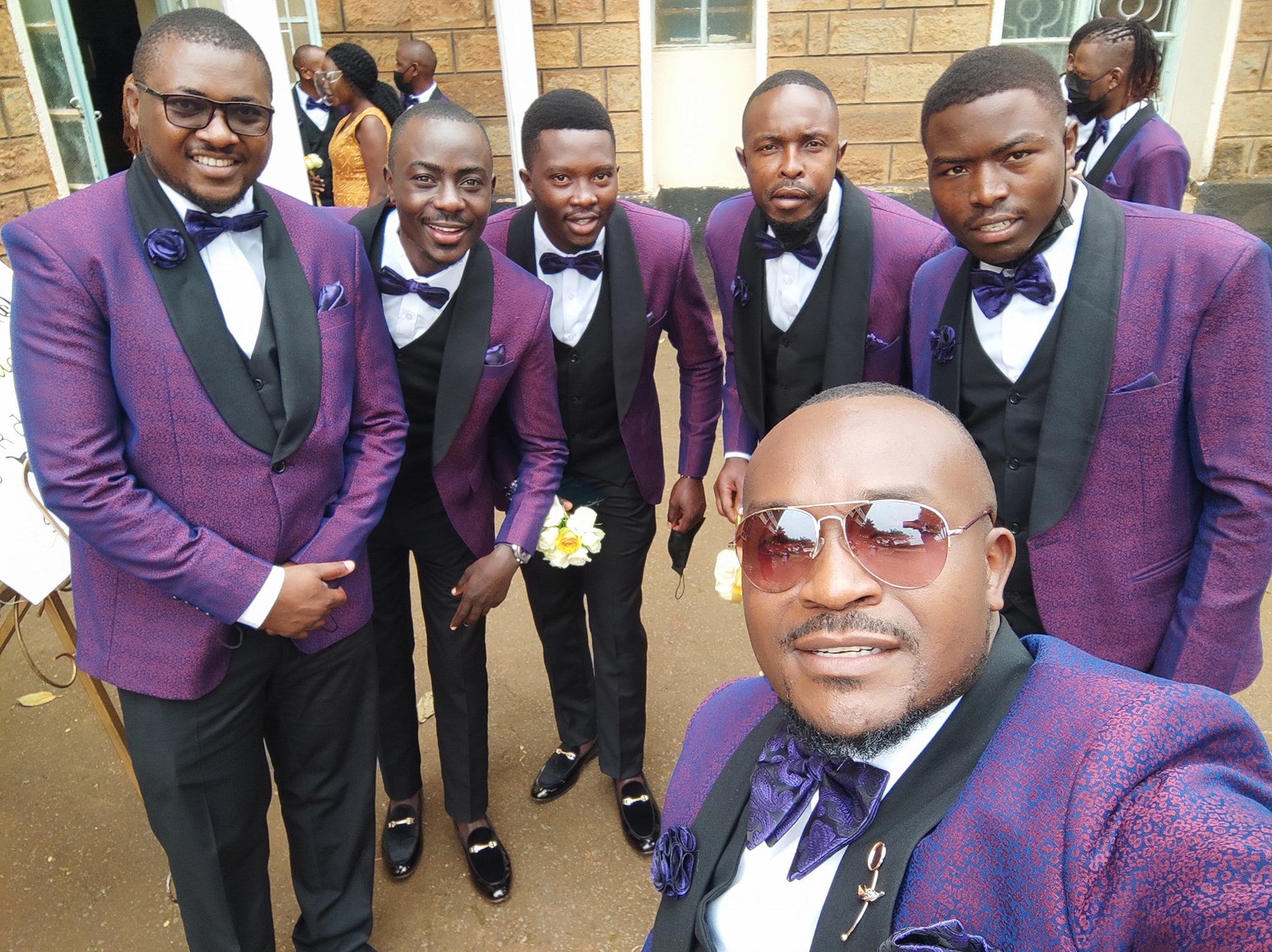 During the build up to their big day, Susan Moraa had written a very touching message for the love of her life on Facebook. That was two weeks ago when the ‘Chimbeba’ hit maker celebrated his birthday.

“Loving you is a privilege. But being loved by you is a blessing. Being with you is a wish come true, and I hope all your wishes come true on this special day and again there is no need for a special day to remind me how special you are and how important you are in my life. The stars shine wherever you go. Happy Birthday my all. I love you so very much and I’ll never love you any less,” wrote Moraa.

In one of his most popular songs called ‘Nore Pipo?’ (Loosely translated to mean “are you people?”) Featuring Mr. Ong’eng’o, Babu Gee advises young men to get married and stop playing around with girls. The song will now make sense to many since he has also tied the knot with the woman he loves.

Have a look at the photos below taken from the wedding; 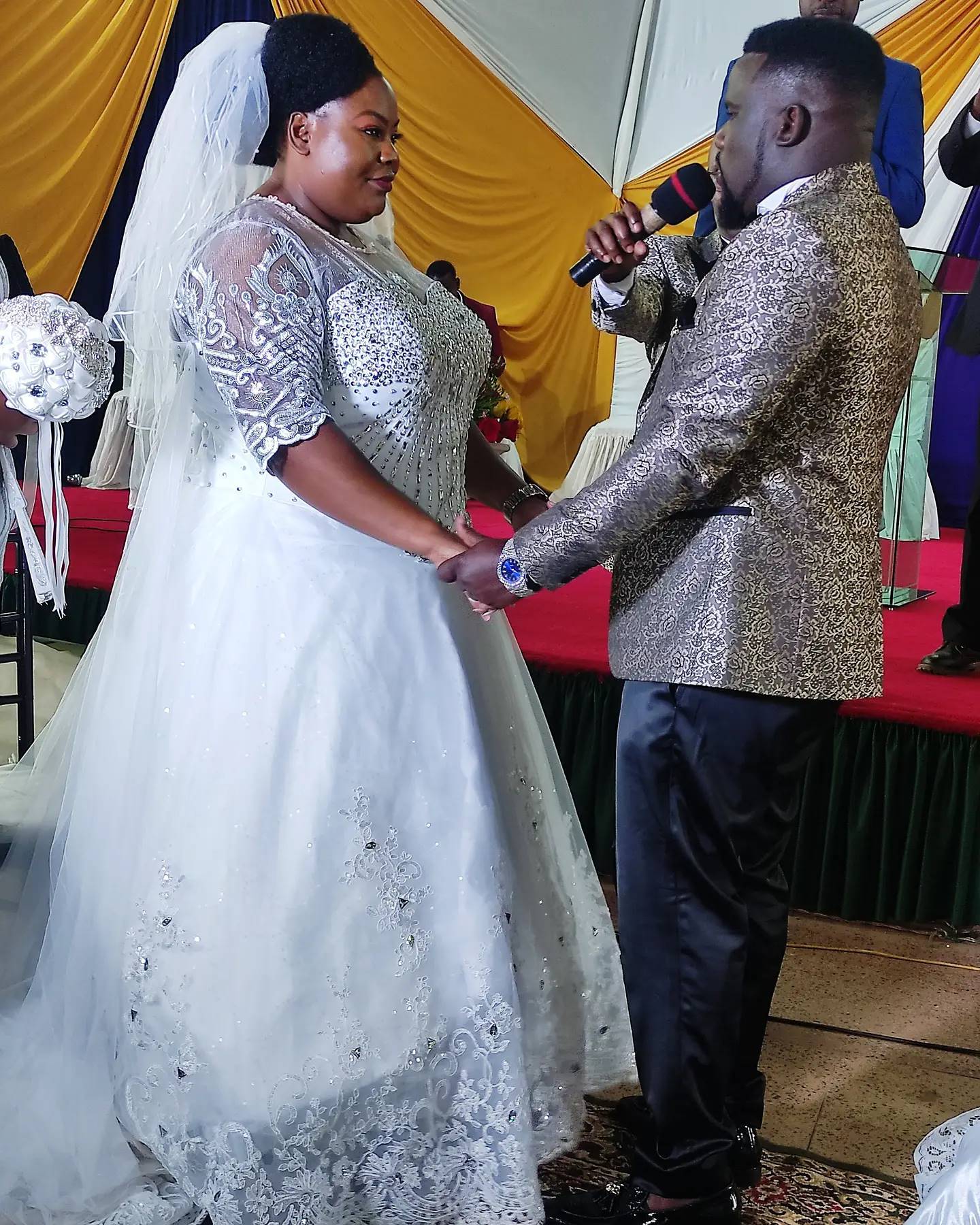 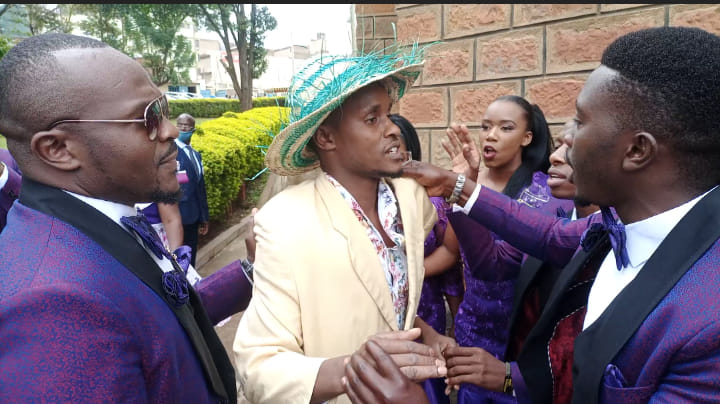 From Chai Moto News, we can only wish the lovebirds a happy and long life.