Dr. Alfred Mutua announced a few days ago that he had mutually agreed with his wife to go separate ways after growing apart and the need for change superseded the secrecy of marriage.

Alfred Mutua met Lillian Ng’ang’a in 2011, they became friends and their later fell in love and decided to get married. The Machakos Governor has now divorced two women after his first marriage failed over issues of infidelity.

He is a father of two and his kids from the first marriage are living with their mother in Australia. The divorce process was messy and he ended up losing his children and millions worth of properties.

It seems that he learned from his first marriage and now he handled it better without any drama. Kenyans wondered if it was necessary to seek the services of Giddy and Ghost who reconcile couple lives on radio.

Their show dubbed “Patanisho” is widely listened to and Kenyans who have broken their families on various grounds always bring their cases to the show who try to reconcile them.

There are many successful cases that have gone ahead to reconcile after coming to the show but again not everything goes according to the script.

Some of them fail but a good number of them succeed. The Governor was today in Radio Africa with his guest, Rayvanny and he went by the studio in Radio Jambo to say hi to Giddy and Ghost.

This is evidenced by the photos that were posted on the official social media page of Governor Alfred Mutua. Kenyans were elated to see the Machakos governor with Giddy because they don’t want him to lose his beautiful wife to rapper Juliani who has been seen on several occasions hanging out with the former Machakos County first lady. 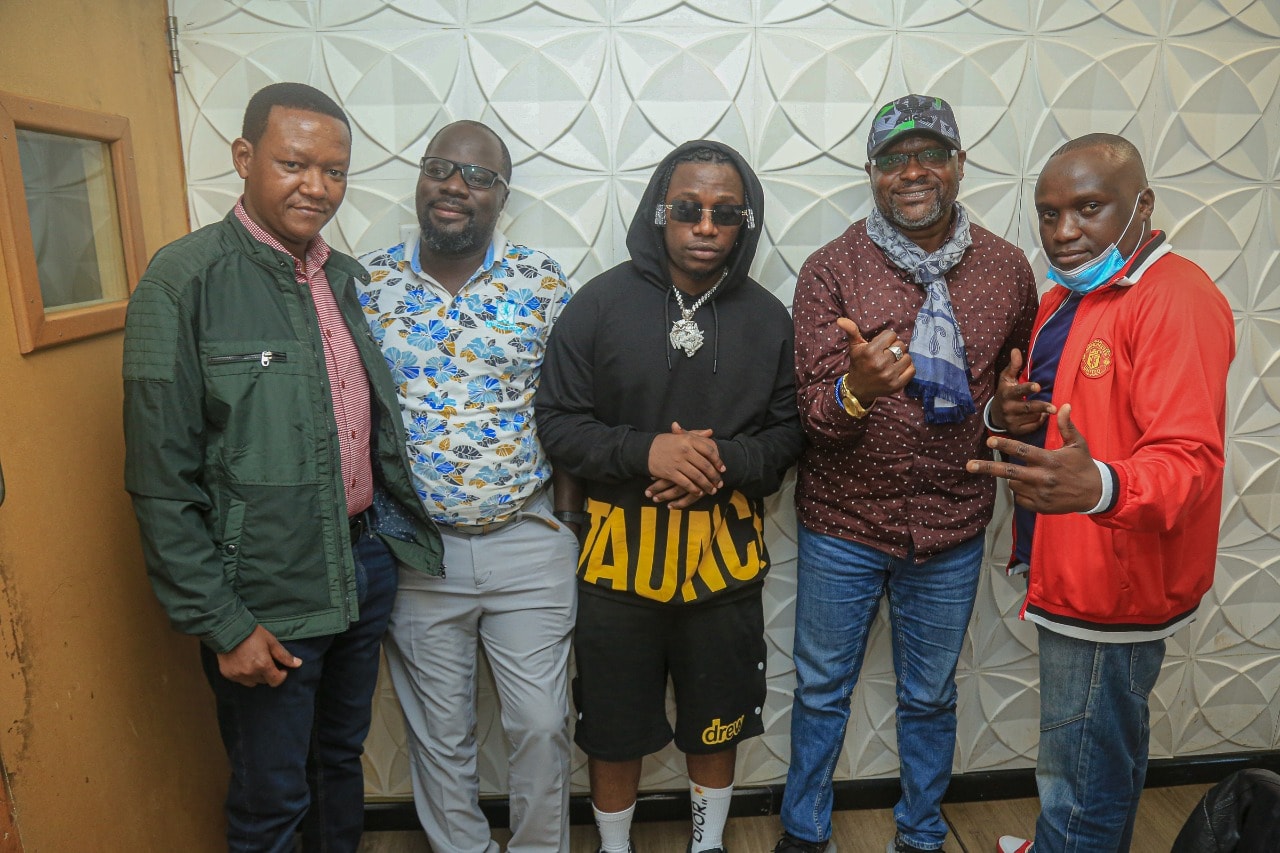 The Governor is promoting his birthday bash that will be held on Sunday the 22nd in Olesereni Hotel Nairobi.