Larry Madowo is one of the most celebrated journalists in Kenya. The witty guy currently plies his trade with the world’s most respected newsrooms, Cable News Network (CNN) as a news anchor.

He recently revealed that his childhood dream has finally come to pass after he presented his first newscast at CNN.

The former NTV news anchor and presenter has managed to keep his love life private for the longest time. He always carries himself as a single man.

But a recent video of him having fun with a lady at a nightclub in Atlanta has surfaced online. In the video, Larry is seen grinding the lady suggestively and they both seem to enjoy each other’s company.

A keen observer took a video of them and shared with controversial blogger Edgar Obare who then posted it on his IG stories.

As usual the tea master’s students identified the lady immediately. Her name is Purity Birir. She is a software engineer and a part time blogger according to her Instagram profile.

“That chic’s name is Purity Birir. Let me see if I can take a screenshot of the pic she took that night with him,” said one of Edgar Obare’s followers after watching the video.

Purity had shared the video on her Whatsapp status and that is how the video leaked to the public. Have a look at her photos below; 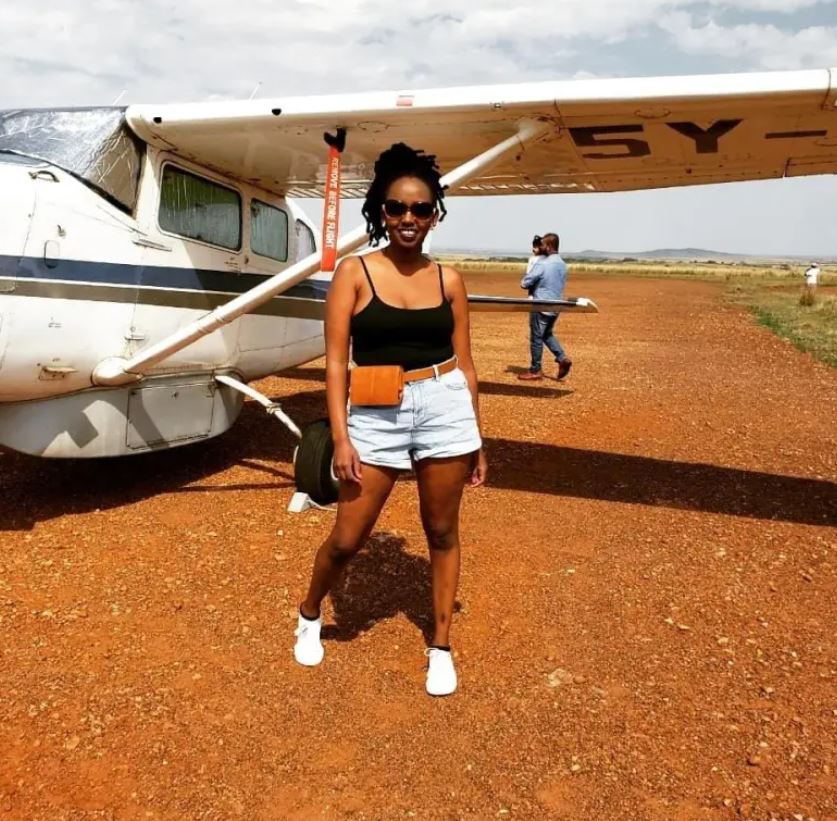 In other news, Larry’s closest friend Trevor Ombija of Citizen TV revealed how broken he is after his girlfriend of ten years dumped him unceremoniously even after he had paid dowry. He however revealed that they are still good friends just like Governor Alfred Mutua and Lillian Nganga.

When asked whether he is ready to move on, the eloquent TV anchor responded in the negative. He said he is not ready to move on because he is yet to heal from the heartbreak.