Sam Ogina, a senior political reporter at Citizen TV, is in an online war with Erick Omondi.

Erick dragged him into his domestic matters with his baby mama Jackie Maribe.

According to Sam Ogina, he was dating his current wife at the time mentioned by Erick.

He even attended the same party where Erick and Jackie met before making a baby that evening. 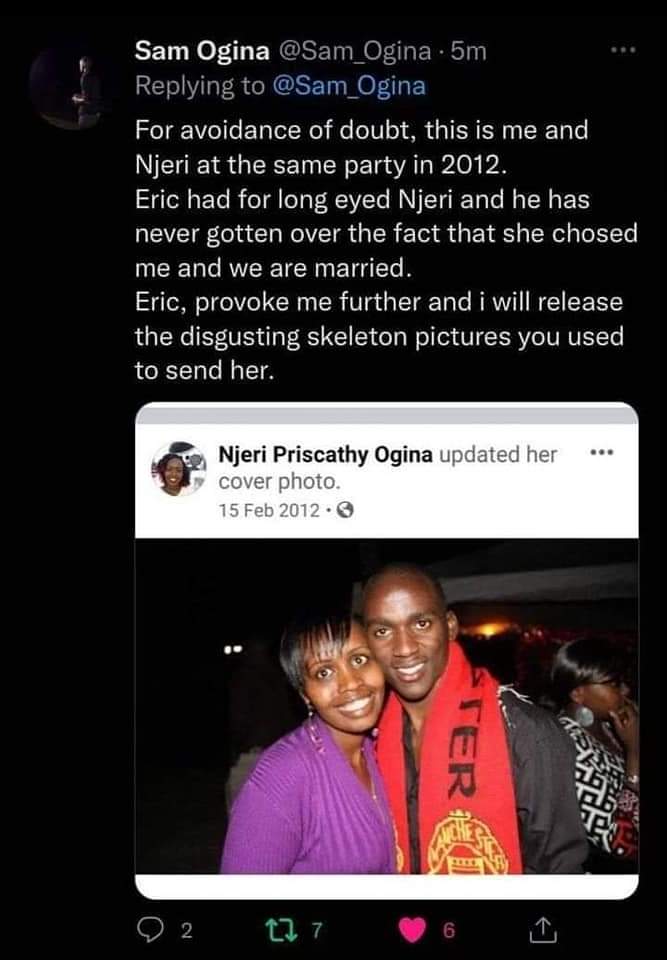 Erick doesn’t want to take responsibility for Jackie’s son because he thinks Sam Ogina would be the father.

This is because he only had a one-night stand with her after a party, but she ended up pregnant.

According to Erick Omondi, Sam Ogina was dating Jackie Maribe. Sam Ogina has come out to deny those allegations.

He has confirmed that Erick has been eyeing his wife from way back and has never accepted that she chose him.

He has revealed that the witty comedian keeps on sending her nudes.

The reporter has threatened to release those pictures to the public if he continues the act of slander against his character.

This has thrown the spanner into works because it looks like none of these two men wants to take responsibility for Jackie Maribe’s son.

“I, Sam Ogina, wish to categorically deny the allegations by Eric Omondi that I was dating Maribe in 2012.

What he posted is false and defaming and let him I am coming for him.

I was dating my lovely wife, Njeri”. 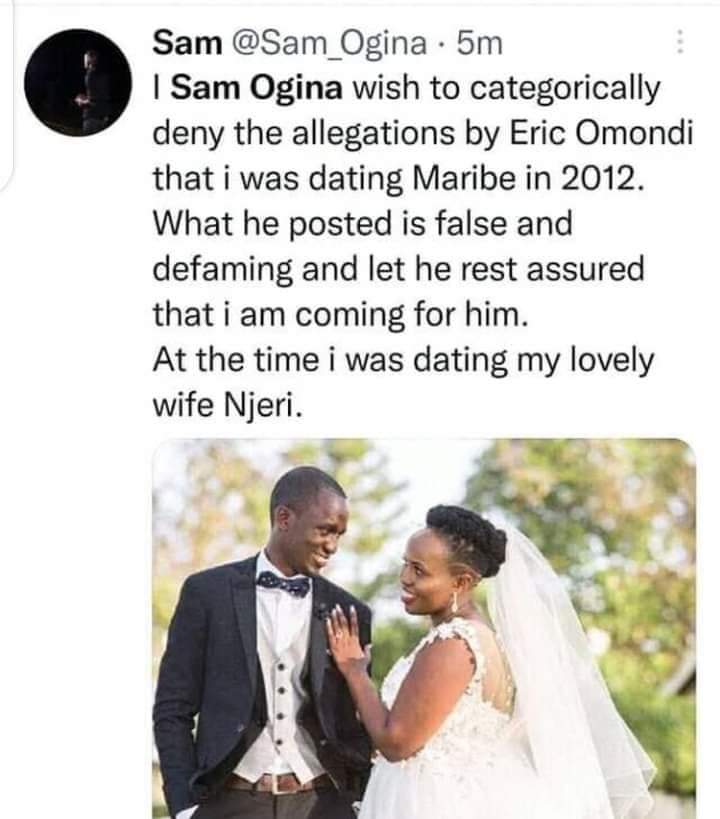 2: James Orengo Warns Candidates; No ODM Ticket if You Did Not Do This.

3“I’m Stepping Down, But My Soul remains In UDA.” Powerful Senator Allied To Ruto Quits Politics.